Hotel in Historic Villa on the Adriatic Sea

The Hotel Villa Fulgida is an elegant and prestigious hotel dating back to the last century. It was in 1877 when Professor Mori of Cesena thought about building a beautiful small villa for him and his family directly on Cattolica seafront.

The two lions crouched to guard the two entries, the beautiful railing in wrought iron sacrificed to the altar of the country during the war, give a sense of respect for this structure set in its green surroundings. In 1933 Signora Andreina Sormani, together with her brother Fausto, decided to purchase the Villa from Professor Mori, transforming it with great managerial intuition, into the Hotel Villa Fulgida, Perusing through the town's archives it is worth noting that the Villa is one of the few remaining structures of merit still preserved and providing testimony to the presence of so many villas and small villas on the coast since the beginning of the last century.

There are many memories and testimonies of the Villa Fulgida gathered in photographic and historic albums: the war, the reconstruction, the years of tourism and economic boom. The hotel has been host to many illustrious names, famous personalities and simple holidaymakers. The strategic position of the Villa, with an entrance on the Piazza 1° Maggio and the other on the seafront of Rasi.Spinelli helps to maintain its vitality even during the winter months. It offers a good departure point for the pedestrian area of Cattolica with its nearby theatre, attractions and various events held in the town.

The Villa during the years has been extended, rooms and bathrooms modernised, air conditioning installed, but its structural and architectural characteristics remain unchanged - the columns and entrances in travertine marble, the dining room and hall floors in mosaic, the tall ceilings, the half moon fixtures, the yellow marble and wrought iron staircase.

The Annexe built in the 1950's was originally the horse stable. It is of a more modern style and has a lift, but blends in very well with the whole structure. All rooms from the first floor have ample balconies and panoramic terraces. In 2008 a portico in the garden, next to the Annexe was used as a breakfast area, for theme dinners, aperitifs and garden parties. 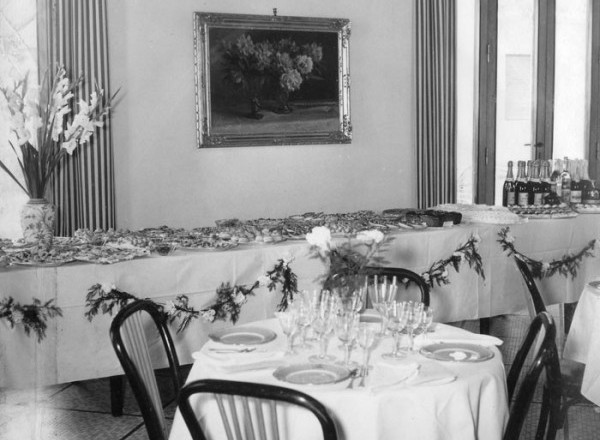 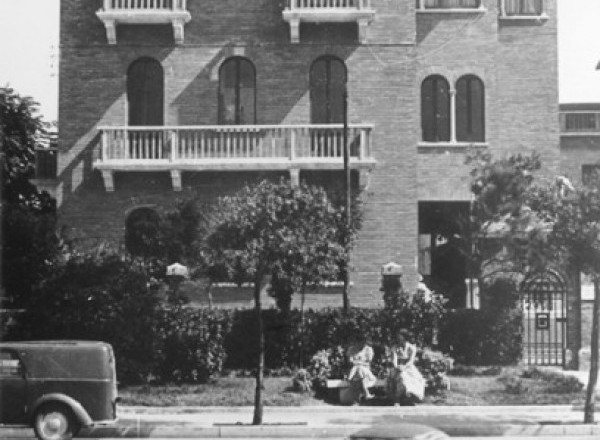 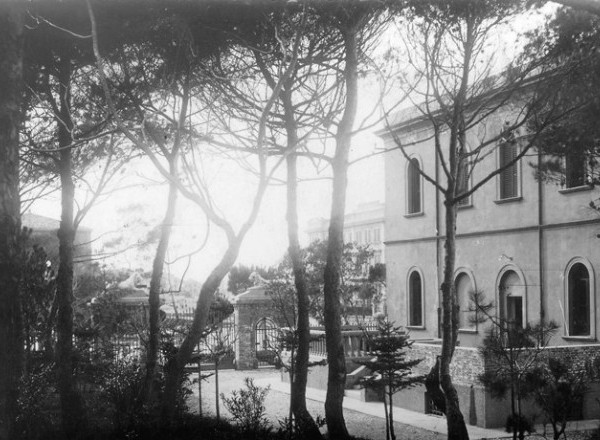 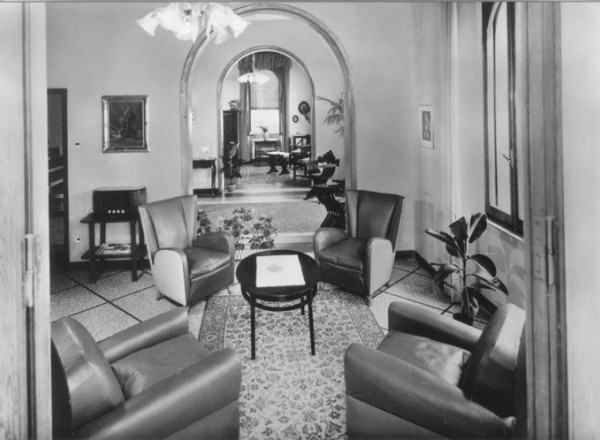